What's the best way to view a deep hierarchy?

I've been pondering the best way to show a deep hierarchy for a desktop application I'm working on. Here are some alternative designs I'm considering...

If you understand what you're seeing, the "Columns View" does a great job of showing context (where am I in this giant hierarchy?), and you can browse quickly through lists of folders to see what's in them...but it sure uses some screen real estate.

Basically, what's going on here is that you can see the "parents" of the page you're looking at, and you can see any "children". You give up on seeing the "siblings" at the different levels, but that saves you a bunch of screen space. So, you give up some context in exchange for compactness. 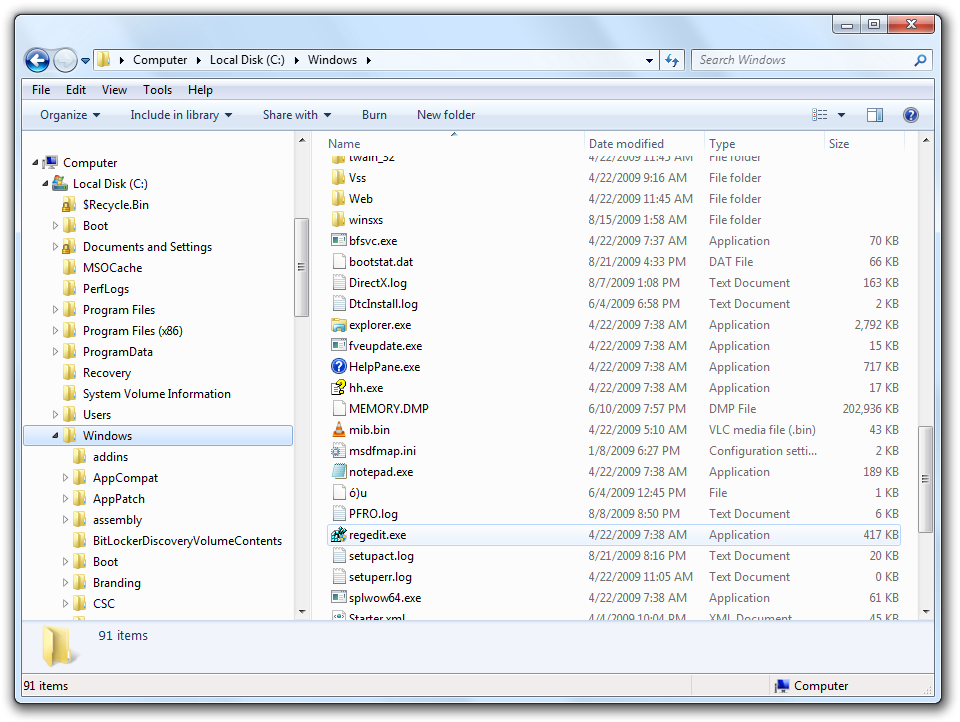 This UI is decent at showing context right up until the point that you have to start vertically or horizontally scrolling. If you have lots of items and lots of levels, you'll be scrolling a lot. That said, you can pop open multiple folder branches at a time. This provides a sort of mini-history (what folders have I popped open so far?). 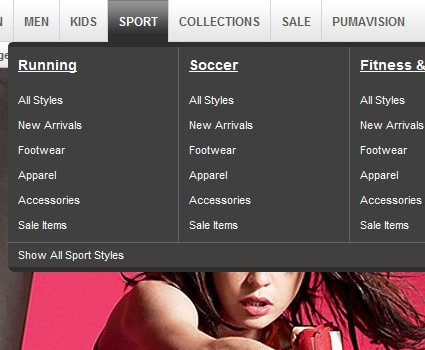 In this example, you're looking at about three levels of the hierarchy. If you're clever, I imagine you could show maybe a fourth of fifth level, but at some point, it's going to either break down or devolve into something more traditional (tree view, etc.).

Obviously, no one can answer for me which type of hierarchy UI I need unless you understand the task I'm trying to support, but I do have some specific questions:

1) Tree widgets (as in Windows Explorer) and drop-down menus (mega or otherwise) I would say are the most familiar.

This is not an answer to your question, but is it necessary that the user see/navigate a deep hierarchy? Avoiding a hierarchy or simplifying it, making it shallower, I suspect it will be easier that presenting the hierarchy in any way.

3) Treemaps are used primarily in info visualization. Also, Dasher uses an interesting, zoomable means of navigating a deep tree of letter probabilities. Neither are particularly well-known or common.

The best way do not do so deep hierarchy or use slices, shallow views (deep 2 max).

I think it depends on the typical tasks. For just seeing a hierarchy and clicking on links, I do agree with lucasrizoli, that tree is very similar.

If user have to go through folders a lot (forward and backward in hierarchy) I prefer the Mac OSX idea. It is very useful at work, where I have to find thinks in folders.

Why is it good? Firstly it uses much more of the space on the display by splitting the hierarchy into 2 dimensions. Secondly it very clearly shows which items are on the same level, deeper = horizontal, same = vertical.

Of course, if you just want the hierarchy-navigation to be part of an application you might not have the space for the Mac OSX way.

So it depends hugely on your design and on the typical tasks for the user. Also consider if your typical user would be a mac or windows user (if you can say anything about it at all).

No. 1 is important as you noted... because the Mac Finder would be foreign to most Windows users.

No. 2 may provide assistance also. E.g. finder works good if you have a shallow tree, but if you have 15-20 levels of depth it suffers usability

No. 3 is a usability item. If I can't quickly view the entire tree in less than 5-10 seconds a search option is needed.

All in all, I find the standard "tree" to be the most obvious to users. The hierarchy is physically visible, and only the branch of interest need be opened/explored - but you can open more than one branch for comparisons or searching.

My only other suggestion was going to be if you have minimal space to work with, the iPod "drill-down" paradigm works really well. 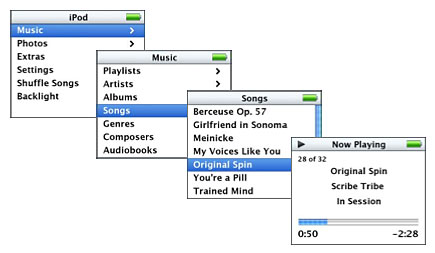 One simple way to show a hierarchy is to combine a tree with 2 lists. One list shows just the leaf nodes for the selected tree node, the other shows all leaf nodes but grouped by their parent node.

It works quite well to add a search box to the filtered list so that it can either show the selected nodes contents or all leaf nodes that match a pattern: 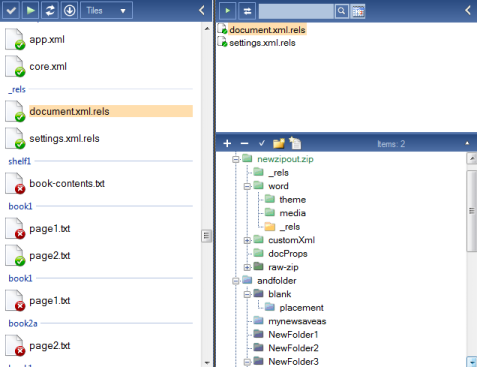 Mac OS column view is cool, but it takes huge screen space. iPhone and iPod hierarchical screens use the same concept, but split the columns across many screens because of the devices small size. They also take the whole screen, albeit one at a time.

Treeviews aren't so friendly to navigate horizontally if you you have many leaf nodes, or when you begin to have to scroll in two dimensions because of the amount of content. Navigate inside regedit to see what I mean.

If you wish to keep some context, a hybrid approach would be to combine a breadcrumb bar with a list showing only the leaf nodes for the current level. Something like a simplified version of Windows 7 explorer.

Show only the current level of the hierarchy, and breadcrumbs

Regular tree-view with drill-down on double-click and breadcrumbs. Check out Workflowy, it has the same behaviour.

How to navigate up, down and sideways in a hierarchy of tasks?

What's a good symbol set for buttons to expand and contract parts of a hierarchy?